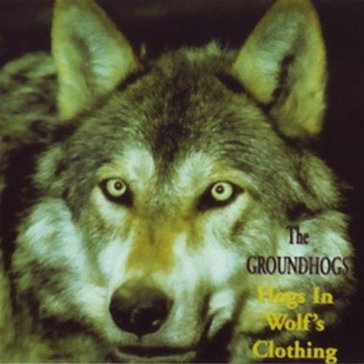 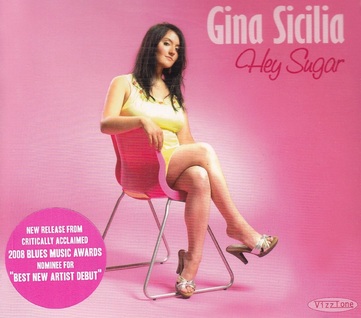 Hey Sugar (2008)
Brilliant album, jazz, blues, country and an amazing talent, this record has it all, love it, played it back to back!
13 tracks, everyone a pleasure, Gina's vocals make this a remarkable collection of songs.
Loved it - 4.50 rating. 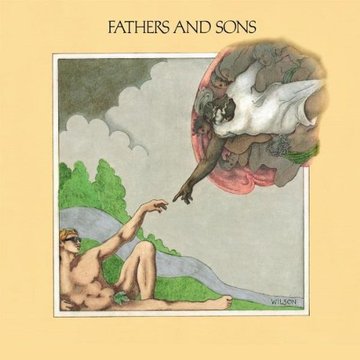 Fathers And Sons (1969)
Blues legend Muddy Waters and his piano player Otis Spann, with veteran Sam Lay behind the drum kit, teamed up with three young white musicians to record this 1969 album: Guitarist Michael Bloomfield, bassist Donald 'Duck' Dunn (of Booker T & the Memphis Group), and harpist Paul Butterfield.
The results are magnificent. 26-year old Paul Butterfield shows off some truly excellent harmonic playing, Dunn is rock-solid and funky, and the combined forces of Bloomfield and Muddy Waters himself produces some terrific guitar playing.
The sound is great too and Otis Spann plays some of the best blues piano you'll ever hear. (Review by By Docendo Discimus on Amazon)
For a recording from 1969 this album is a perfect example of how timeless the "Blues" are, the reviewer Docendo Discimus got it bang on.
Now 45 years later, just an amazing record, dare I say a Classic, loved it. Rating of 4.50. 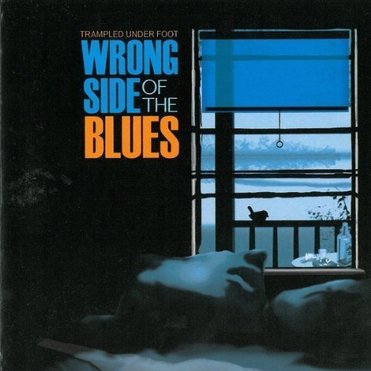 Wrong Side Of The Blues (2011)
Great sound from these siblings, I like the switch between Danielle's vocals, which are amazing to the "Muddy Waters" sound of her brother.
This album is a must play for any Blues fan!
My rating is a 4.50, top album every track is fantastic. 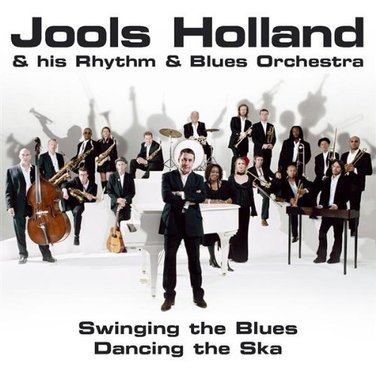 ﻿Swinging The Blues Dancing The Ska (2005)﻿
Do admire Jools Holland, superb musician. This record is way out of my normal musical zone, still found it a great listen, as the title describes Swing, Blues, Ska & a touch of Jazz are all present, a joy for any eclectic music fan.
For what it's worth my rating for this very entertaining album - 4.00. 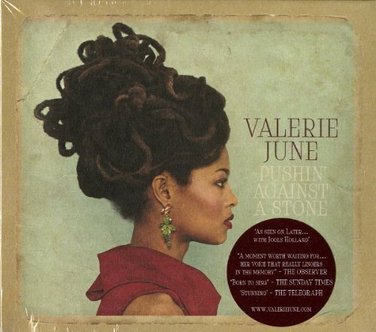 Pushin' Against The Stone (2013)
Unique voice and talent coupled with 11 original tracks propels this album to a 4.75 rating.
Can't really explain why I like this this record, after one play I new this was a grower and after further plays it just gets better, love it.

Bought this after reading previous reviews in Amazon and two music mags. I'd never heard of her before so it was a gamble that really paid off. Her voice is a little disconcerting at first, but by the second track I was totally won over. A great mix of blues, country and jazz influences that blend together beautufully. My advice is ignore the few derogatory reviews and put faith in the overwhelming number of complimentary ones. Take a chance and you won't be disappointed. It is many years since I was this enthused about a piece of music. It is simply beautiful.
Amazon Review. 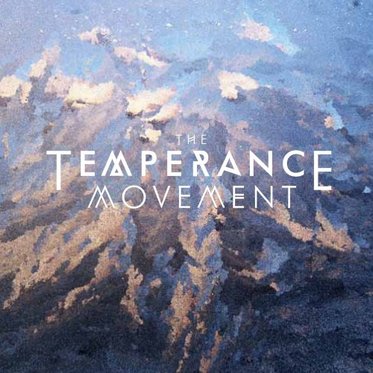 Temperance Movement (2013)
If anyone asked me to name the best record I heard in 2013, I would have to tell them I couldn't, but a debut album? Has to be - Temperance Movement!!
This 12 track, hard Rockin'/ Blues release has an empathy with the sounds of Black Crowes & Wolfmother, that can't be bad.
Brilliant vocals from Phil Campbell, this is a must for any Rock fan.
My rating 4.75. 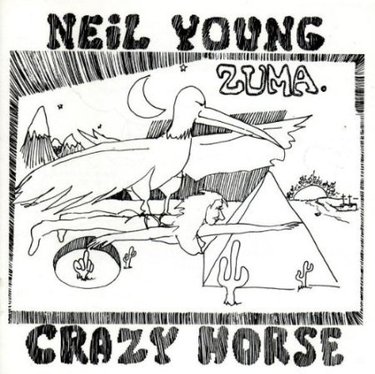 Neil Young - ZUMA (1975)
Continuing with Neil as iTunes starts another classic album, bought this on vinyl back in the day, still love it.
Has some great songs, Danger Bird & Cortez The Killer are the outstanding ones, but I've always loved "Pardon my Heart", "Barstool Blues" & "Drive Back".
As for music released  38 years ago the style and genre still lives on, with many new bands continuing to inspire another generation with their own ROCK sound.
Love it, 4.75 rating. 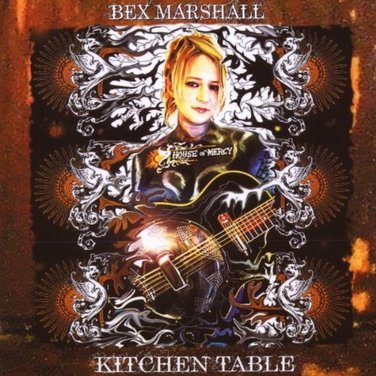 Kitchen Table (2008)
It's taken a few listens to really appreciate this record, a mix of Blues, Country,  Rock & Folk. What makes it for me is Bex's voice, a raw throaty sound, perfect for Blues & Rocking tunes as per Black Curtain the 4th track, outstanding.
Kitchen Table has 10 remarkable tracks of intelligent well composed tunes performed brilliantly.
Played this back to back which is always a good sign, a Grower!
As for a rating, 4.50 after the 2nd consecutive listen.
Check out her web site or click on album cover to hear the music!
http://www.bexmarshall.co.uk/ 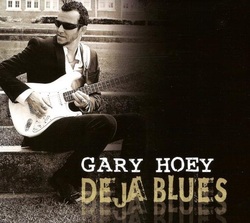 Deja Blues is an interesting collection of blues tunes that features the blues skills of the talented rock and surf style guitarist Gary Hoey. Most people know him as an instrumental guitar player along the lines of a Steve Vai or Joe Satriani because of his billboard hit “Hocus Pocus,” or possibly know him from his Ho Ho Hoey Christmas albums, or have seen trading licks on tour with Jeff Beck, Ted Nugent, Peter Frampton, and Dick Dale. Let’s set the record straight – Gary is not a one trick rock guitar shredder.

The album has many Gary Hoey originals, some of which feature great guest appearances, including James Montgomery on “Boot Hill Blues,” Jon Butcher on the Texas Shuffle “Almost Over You,” Johnny A on “She’s Walking,” and finally, Frank Hannon on the southern rocking “Got to Believe.” There are a couple of covers of traditional blues songs where Gary makes the blues rock. “Going Down” is a down, dirty rockin’ take on the Don Nix penned classic recorded by everyone from the late great Freddie King to Led Zeppelin and Pearl Jam. Along with that is the lightly distorted Albert King classic “Born Under A Bad Sign.” An interesting track at the end is “Hold Your Head Up High” which features some slide guitar playing. If you close your eyes and forget who you’re listening to you might confuse this with an outtake form a Derek Trucks Band release.

There are two stand out tracks on this album though. “Stranger” is an atmospheric mysterious blues where the tones clearly set the mood for one of the lyrics when Gary sings about being “like a stranger in my own town.” The best work on here though is when Gary lets his guitar do all the work on the instrumental slow blues title track – “Deja Blues.” The tension builds and reaches what you think is the peak at each chorus only to be taken to another level with another solo and then finally releases you back to the original slow blues jam.

If you’re looking for an album that straddles that fine line of blues and rock without turning into nothing but a guitar shredders excuse to solo than this fits the bill. It’s always interesting to see how artists who are mostly known for a different style of playing interpret the blues. Deja Blues does the blues justice with his pyrotechnic fretboard fluidity and ability to blend them with his rock background without losing the feeling and intent. From a Blues Rock Review.
http://bluesrockreview.com/
Liked this no-nonsense blues rock album, my rating 3.00.
http://garyhoey.com/ 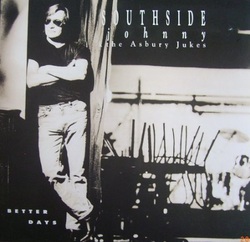 Better Days (1991)
If ever there was an award for the greatest comeback album ever 'Better Days' would be a real contender. After some rather patchy albums in the 80's that saw Johnny and Jukes straying from the tried and tested rock and soul formula that had served them so well in the 70's, this was a blistering reminder of just what a great band this was (and still is). With Steve Van Zandt back at the controls and with a clutch of great songs, all the power, energy and sheer joy of The Jukes in full flow is there to be enjoyed. With members of the E Street band alongside Johnny, Bruce, Steve, Jon Bon Jovi, the quality of the album never drops below that full 5 star rating. 'Soul's On Fire' is up there with 'Hearts of Stone' as a bona fide Jukes classic - full of passion and intensity that simply grabs hold of you from the slow opening to the full on chorus. Southside has simply never been in better voice on record. 'I've Been Working Too Hard', 'Better Days, 'Ride The Night Away' and 'Shake 'em Down' rock you off your feet, and as one of the reviewers says elsewhere, just begs to be played on the car stereo - very loud. This is also the album where Bobby Banderia came into his own and took over Billy Rush's mantle as The Jukes guitarist. Great rythmn and short, crisp but thrilling solo's.

In this form, with the right songs and producer in place, nobody, but nobody plays this type of music (however you define it) better than Southside Johnny - and that includes Bruce at his most ebullient. Music to make you feel good. Absolutely essential listening and recommended without a moments hesitation.

An enthusiastic review from fan on Amazon that says it all. My rating 4.90, new album to me, was amazed after first play, especially It's Been A Long Time with vocals from SSJ, Bruce & Stevie Van Zandt. 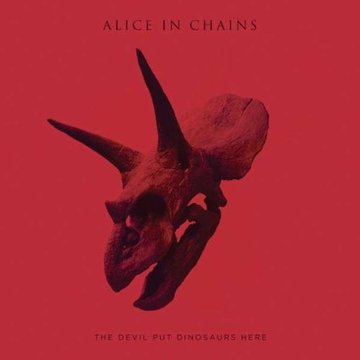 The Devil Put Dinosaurs Here (2013)
After a few plays, thought there was something missing, solved this by turning up the volume, great album when played loud, the heavy riffs, deep bass & solid drums will overpower any rock fan's emotive senses.
12 tracks in total, all good grinding rock, the title track is my fav after my latest play, this may change as I discover more depths of a great recording.
Rating 4.75.
http://www.aliceinchains.com/home/ 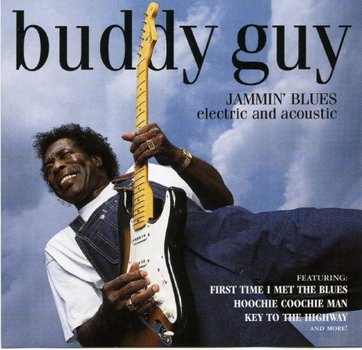 Jammin Blues (2003)
Recorded Live in Chicago, 10 tracks of great electric and acoustic blues.
Apart from the great music there is a fair amount of humour on some songs between Buddy & Junior Wells (a great harp player), mostly on the acoustic tracks.
Brilliant stripped down acoustic Blues, one guitar one harmonica and dual vocals makes this a classic live blues album.
My Rating 4.95, love it great album! 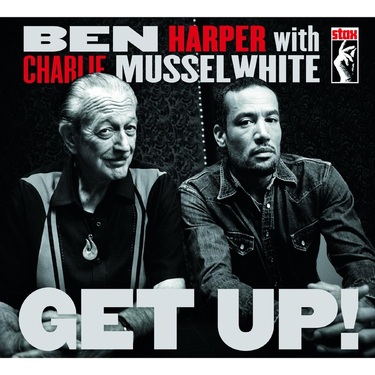 Get Up! (2013)
Ben Harper has teamed with renowned harmonica master Charlie Musselwhite to create Get Up!, a piercing song-cycle of struggle and heart.
A striking mix of blues, gospel, roots and R&B, Get Up! features ten vivid musical character studies, skillfully rendered in cinematic detail. Charlie Musselwhite's searing point/counter-point harmonica accentuates Harper's vocals throughout the album. (Amazon)
An excellent piece of work, Charlie Musslewhite's harp makes this album for me, giving it a 4.75 rating.

April 2013 (the beginning of the ratings) 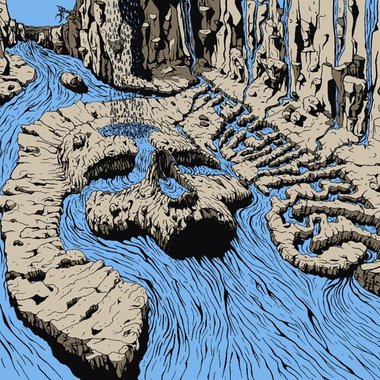 Heavy Eyes (2011)
Loud, Heavy & Rocking.
This has a grunge feel with touches of Kyuss, Queens Of The Stone Age & Wolfmother.
Heavy Eyes has a full blown wall of raw guitar and chaotic sound, vocals are understated but well balanced with the music. Now on my second listen I feel a definite grower here, if you're in the mood for some no nonsense loud heavy rock this is must play!
As I stated this is only my 2nd hearing, going to rate this at 4.25. This may change with further plays, good album!