Latest additions include 7 albums a friend needed converted to MP3, includes Ruby Turner, Valerie June, Jools Holland & Sonny Landreth.
Downloaded a great album from Scottish rockers - Temperance Movement (2013) as usual check blog for details.
Moon/Ruin - Ocean & The Blue Stones - How's That Sound are further downloads added to the collection.
After stumbling across web sites featuring unsigned or new bands, have been exploring the vast variety of genres and tunes.
My personal favorite at present are ACTION TEAM NEWS, just downloaded "God Damn These Electric Sex Pants" (2013 working title), Already had "How To Defend Yourself Against Fresh Fruit" (2012) From Frostclick.com & Bandcamp.com.
Done a "Stock Take" of my music I have, found 76 more albums than I had listed, OK some were for the wife, but will list them anyway.
Next project is to convert all my CD's to MP3s and save on an external drive, gonna take a while!

Not been buying any new albums, but was given 11 new to me recordings from a friend, a wide spectrum of genres!
Always willing to listen to anything, will post on my blog soon, but as usual added to the New section with a link to Amazon UK for reviews.
3 New albums added.

Disaster, the online site I downloaded new music from has been closed down from August, need to find a new source.
Still enjoying the music from my existing catalog.
With the lack of new music, returning to my existing albums on a journey of re-discovery! Check the blog for updates.

Been a very quiet month only 1 new album so far. Not been listening to much lately! 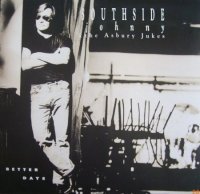 One of the best albums I've heard in a long time. Amazing!
Read the blog and visit Amazon to get full reviews and info, just click on Album Cover.
A 30 second play of all tracks available, worth a listen.
Been on Southside Johnny & The Asbury Jukes re-discovery & discovery, so glad I have.
Great tunes, good memories and a brilliant album - Better Days.
Have another 2 records to review, Going To Jukesville from 2002 and Grapefruit Moon (2008) with La Bamba's Big Band is more of Swing and Jazz sound than SSJ usual offerings.
Reviews to come soon.


Playing the first 4 of 6 Southside Johnny's albums while I writing my reviews, now posted on the blog.
Latest additions - two more from Southside Johnny and the 2013 release from Dudley Taft.

Another musical change from the 2013 Loud Heavy Rock to 1980 with Tom Waits & 4 from Southside Johnny & The Asbury Jukes ranging from 1976 to 1991. Check the BLOG page to discover why?
MUST BE PLAYED LOUD
Grunge 2013 with Alice In Chains, Rock with Deftones & Queens Of The Stoneage.

Back to the Blues with the Legendary Harp Player James Cotton's new record Cotton Mouth Man.
Once again, breaking from the usual sounds, we have Country, Reggae, Alt Rock & Mood Rock all new 2013 releases.

Seasick Steve's latest 2013 recording Hubcap Music downloaded, love the raw sound!
Latest addition to my collection is the new album from a bunch of old rockers! (clue is in the colour)
Added a few new releases and a few older recordings, nine in total, including Cassie Taylor's new album to Cockney Rebel's Best Of, as always check Blog & New pages for more info.

Downloaded a new release from The Union and an oldie from Buddy Guy.

Exploring more music genres, the latest is from Steve Earle and his new release The Low Highway.

Added 6 new albums, two from a blues rock band Five Horse Johnson, the new Delta Saints release Death Letter Jubilee, Ben Harper & Charlie Musselwhite - Get Up! Plus an old favourite Otis Taylor and his 2005 album Below The Fold. The final addition is a break from my usual - Protoje with The 8 Year Affair. More details Blog & New pages!

Back catalog albums from The Zombies & Tony Iommi added to the collection. 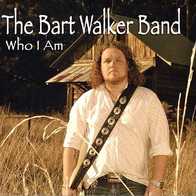 Getting sidetracked to some of my existing albums a journey of Re-Discovery!

Not a lot of new music lately, two back catalog albums from Bad Company, double album from Neil Young with Crazy Horse & an unknown Rock outfit The Heavy Eyes!

After the February "20 Blues albums" I've still got 12 to review and Blog, including Susan Tedeschi, Paul Butterfield, Taj Mahal, Bo Diddley and a few others, as usual check out the latest Blog.

Not happy with all the new blues albums I went and downloaded The Bart Walker Band. More Blues Rock!

BLUES OVERLOAD - received another 7 albums from a mate, 5 artists are new to me including a live recording from 1964 by Robert Nighthawk - Live On Maxwell Street, a classic!
Blog reviews will follow soon, check New and click on cover to get Amazon UK info.
Slipped back to blues rock with two from Robin Trower. Now got 9 albums to review and blog, coming soon!
Distracted again, while listening to my Robin Trower additions, followed on to an existing album 20th Century Blues, another gem!
Added Otis Taylor's new 2013 album My World Is Gone. Working my way through the outstanding reviews and blogs.

Getting round to playing some of the 10 albums obtained last month. So far it's all good, Blog page for details.
Finally played all the new albums, some great finds, amazed by Grace Potter & the Nocturnals!
Added another from Grace Potter & The Nocturnals, The Lion The Beast The Beat.
Change of mood again, Classic Rock, Goth/Doom Rock and some Country Folk.
Latest additions to the collection, Metal from Romero and more Goth/Doom Rock from The Foreshadowing.
After my diversion into Goth/Doom & Metal Rock, I was drawn back to the Blues with an additional 20 albums. It was tough enough to Blog through the 10 from last month! Will add them to New pages first and update blogs as I give them a play, had a listen to 3 albums so far, Smokin' Joe Kubek Band a real rockin' blues sound, good stuff, then a fantastic recording from Keb' Mo' and an excellent record from Otis Taylor. Hope the rest are as impressive as these!

Two from Janiva Magness are outstanding, covering  multi-blues genres, really impressed!
The Fabulous Thunderbirds - Girls Go Wild is beginning to grow on me, still think the vocals are a bit lightweight.
Susan Tedeschi - Just Won't Burn - A must listen to any Blues Fan! Brilliant recording!
More to follow via THE BLOG!
Still not gone through all of the twenty Blues albums I recently acquired and now downloaded NEW 2013 music from the above artists.
Also following on from Trixie Whitley, Black Dub where she sang vocals on and an album from her dad Chris Whitley.
Back listening to the "20" Blues albums, gotta say there are more good albums and an exceptional 5/5 Louisiana Swamp Blues from Lightnin' Slim! 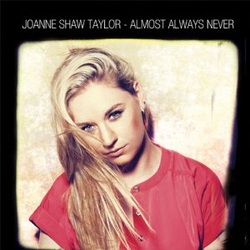 Great start to the new year, discovered some new to me artists, The Delta Saints, The Chaw, Tony Joe White & Betrayal At Bespin all very different, also an old fave with Albert King.
A Special mention for Joanne Shaw Taylor - Almost Always Never is a 5/5 rating, exceptional rock blues!
Once again drawn to the Blues, albums from Little Freddie King, Roomful Of Blues, Elmore James, Bob Brozman, Clarence Gatemouth Brown, Hound Dog Taylor & two from Louisiana Red.
Not all blues though with The Sugars, Bob Dylan & Mary Gauthier just to change the mood. 12 to hear and review on my blog.
Still not heard all of my new additions yet, out of the ones I've listened to, Little Freddie King, Hound Dog Taylor & Louisiana Red are excellent.
Another change of direction with the heavy rock sound of The Sword - Apocryphon (2012).
More from Betrayal At Bespin, 2012 album Afterglow from Black Country Communion & five albums from Tony Joe White, all to be played and reviewed soon!
Back to rockin' blues with 2 albums from Left Lane Cruiser and a classic by Pat Travers.
Listening to the Tony Joe White albums I downloaded, got to report, really enjoying the "Bayou Sound"! Check my Blog for reviews.
Was given 8 new to me artist's recordings, after hearing one of the albums I downloaded 2 more from the same, will post on the Blog soon.
Added all 10 albums to the NEW January 2013 page, just getting round to listening to some, so far really good. Update Blog next.
January Summary
40 new albums this month, my top pick is Joanne Shaw Taylor - Almost Always Never!
Notable others Betrayal At Bespin - Rains & Left Lane Cruiser + James Leg - Painkiller.