NEW - Album of the month, ratings from April 2013 to date, go to Albums/Album of the Month

Now the end of November and I have 18 more albums to review and add to my blog. Have to carry over to December.
At present I'm really into raw, simple electric blues, a few examples below. All are recent downloads, will update my blog soon!
Another 30 albums added, that's 47 in total for November, to date. Will I ever get through them all? Includes 17 more from my mate.
An eclectic mix of recent and older releases, includes Blues, Rock, Heavy Rock, Jazz, Pop & a classic from 1971, Dave Crosby - If Only I Could Remember My Name.
Early November, once again gifted 5 albums from a friend, thanks James, just downloaded another two, the backlog is getting bigger!
Never got round to adding all of October's downloads, will include them in this months New & Blog pages.

Late October has the Blues.

Eight of my nine latests downloads are Blues based, unsurprisingly the odd one out is a Rock album, just to keep the Rock & Blues thyme going!
The Rock is from - Saint Jude, the Blues are two from King King, Handsome Jack, two from Mudcats Blues Trio, Dave Hammer's Power Supply, Eric Deaton & another from Ryan McGarvey.
October has been an amazing month for great additions to my music collection, from classics from 1967 to the last week of October 2014 releases.
As usual all will be added to NEW page & Blog soon.
Newest October albums are variations of the Blues, all good one Brilliant!
Blog - Cleared the backlog and one of the new additions reviewed. 25/10/2014.
Gifted a few albums from a friend, including some unknowns to me - Chick Willis, Dr Harp's Medicine Band, Mudcats Blues Trio & Sugar Brown. Also some familiar artists, Alex Harvey,Grace Potter, Savoy Brown, Sheryl Crow & Steve Millar.
Just downloaded eleven albums, from 2014 releases to a classic from 1967. Will add to NEW page and Blog soon.
Black Pistol Fire, Counting Crows, Godsmack x 2, Crow Black Chicken, Charlie Musselwhite, Michael Burks, Budda Power Blues, Little Feat, Rick Gibson & Joanne Shaw Taylor.

Latest additions yet to be posted on the Blog. Added to NEW page, links to Amazon UK for their customers reviews & listen to music previews - updated 20/09/14.

After discovering Blues Rock Review site I downloaded the free Album Sampler albums volumes 1 to 5, various new, unknown or upcoming blues rock artists, just played Vol 1 and was really impressed, on Vol 2 now, WOW and it's all FREE!!
﻿Listened to Paul Jones's Radio 2 program tonight Monday 19.00, he was playing some of the British Blues Awards winners, impressed me so much I downloaded three of the featured albums. For a full list of winners and more, click link below.﻿ 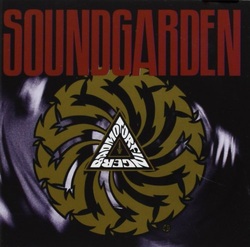 Badmotorfinger (1991)
Went retro and loved it. Blown the Blues away.
A must album for rock lovers.
I've got some amazing Rock recordings, need to play and review some of my back catalogue, just for fun, from Alice In Chains to ZZ Top.
July has been mostly Blues based additions and reviews. Three new reviews added to BLOG, 22/7/14.
Adding July's additions to NEW page!
Done a quick blog, just to catch up on May & June's additions. Selection below.
Listening to Nikki Hill - Here's Nikki Hill. Really Impressed!
Hill draws on vintage female rhythm and blues influences such as LaVern Baker, Etta James and Ruth Brown, as well as some of her favourite male singers Otis Redding and Solomon Burke, without being stuck or pigeonholed strictly as a retro artist. Her tough vocal style fits with contemporary sensibilities yet evokes all the great female blues shouters of previous decades. (Amazon review).
Need a ROCK fix, as most of my new additions have been Blues records, need a change! Blasting some SHINEDOWN , Leave a Whisper from 2003, then may be Us And Them followed by The Sound Of Madness.
Finally added May & June albums to the NEW list. Now to review all on the Blog.

More reviews added to Blog.
Swamped with a backlog of albums to process, a few new and some back catalogue classics.

Susan Tedeschi's albums reviewed on blog. Plus many more.

A lot of Blues to be added this month, along with some classic albums from yesteryear. Visit Blog & New pages for more.
Latest albums reviewed on the Blog.

Added all my latest albums to the NEW page!  Now working on reviews for the Blog, another 8 reviewed (18/4/14). 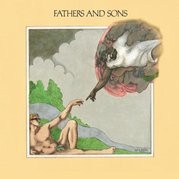 Special mention for a great discovery, a fabulous Blues album by Muddy Waters and friends.
Check the Blog for review and rating! 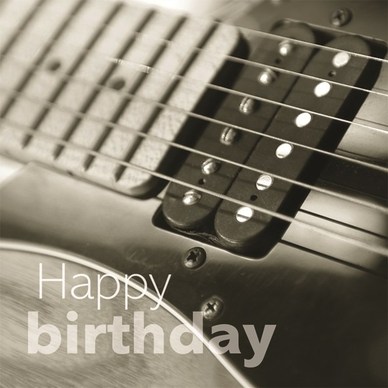 Added albums to the NEW list, links to Amazon for reviews by clicking on album cover. Continuing to work through the backlog!
Reviews on hold as bought a new PC with a 2 TB drive, decided to transfer all my iTunes music to the new computer all 37836 songs, has taken days but completed now!!
MORE NEW MUSIC - another 15 albums on top of last months 51 to process, PHEW gonna take an age!

Reviews of both albums done, only 51 to go, the countdown begins! Check the BLOG for updates.﻿
Starting to play and review the "March 53", this could end as the "May Final Post".
Finally completed my CD conversions - all of my 2813 albums are available on MP3!
Many thanks to my mate Jimmy,  for sharing all his great musical discoveries. Just played Beth Hart's 37 Days, not heard it for ages, good call James.
Mad Month - Loads more albums ADDED!! 53 in total for March, some discovered when converting CDs to mp3. Ongoing  now at T.
Reviewed February's five albums on the Blog page, added some of March's albums to NEW, more to come.
The major task of converting my CDs to mp3 continues, now reached the letter P, discovered a few forgotten albums!

32 New Additions to review, check NEW button for info, still have February's 5 albums to Blog so another thirty plus might take a while as I plan to chill and hopefully enjoy, a few familiar artist and seven new to me. A good mix of Rock and Blues!

5 New albums this month, four are Blues and a Scorpions record from 1974. Will add to the Blog soon.

Latest News - Have been very busy converting my CDs to mp3 files, stored on a 1TB external drive.
Very time consuming, only up to the E's!
Will be adding the wife's music and listing all, so if you think it's crap, not mine, honest!

Have updated the blog, with a few new additions. Special FYI - Valerie June's record is amazing 4.75 rating. Unique voice!!!!
Click album cover linking with Amazon to hear the 30 second snippets.
Never got through all of 2013 additions, so will post on 2014 pages. Sub menu added to Home button for all 2013 news.
Eclectic selection of music added to start the year. Check the BLOG for my ratings!!
Links to Amazon. UK for reviews & info.